You are here: Home / Community Support

The Pest Company are proud supporters of Lives Lived Well, a donation has been provided for the sum of $2500.00 to support the local Gold Coast facility, Mirikai Drug & Alcohol program in Burleigh Qld 4220.

As a local Business we believe we can assist others do what we do every day, enjoy our Lives Lived Well.

Working in The Pest Industry creates opportunities to help people in the fight against Termites & Pests, however what keeps us alive is supporting other local businesses do what they do best, helping others in need.

THANKS FOR HELPING YOUNG CHILDREN GET OFF THE STREETS INTO A HOME. What I’ve learnt with one night sleeping on cardboard is a lifetime of appreciation and there are some incredible people making incredible sacrifices for their community.

There are stories from the young that will bring tears to your eyes and make you appreciate a warm bed, a shower and food in a home NoT a house. Last chance $1882 Raised …. https://www.ceosleepout.org.au/fundraisers/luke-taylor/gold-coast

The Pest Company take on a challenge to raise awareness for Stillbirth, Raising $1000.00. We thank everyone involved that supported and donated for this ride, is it said many times over, but together we can make a difference.

In memory of Evie David, I ride 92km Mountain Bike (MTB) on the 10th September 2017 a journey to promote awareness for Stillbirth and to support great friends of mine who have suffered beyond belief. There are times during this ride you think it’s tough but no tougher then the pain suffered from losing a child. In further support I created this page because I want to make a difference. I’m inspired by the work of Stillbirth Foundation Australia Trust and wanted to support them by raising money. Please help me help them by giving whatever you can using the ‘Give Now’ button. The more people that know about Stillbirth Foundation Australia Trust, the greater their impact, so please also spread the word by sharing my page with your friends and family. Thank you in advance for your generosity, it means a lot!

Hi, I’m taking a piece of cardboard for the CEO Sleep out, on the 22nd June 2017 to raise some needed coin for Homelessness. Donate as you wish…..

Little more about why here –

Born and bred in the western suburbs of Sydney in amongst the housing commission areas where people were roaming the streets, I remember going into Sydney city as a kid where the homeless were living on the streets, I still remember this and it motivates me to never give up, and ensure my kids are safe. The images of these people live within me and drive me to be sure I always support my family. Lucky for me, my mum worked her butt off to feed us and keep us off the street. It’s Great to be a part of this awareness for homelessness, keeping people Off the street and in a warm bed.

My profile photo is me as a lucky kid, fed, clothed and happy

See link here, it’s a late call but lets see how we go….. every buck counts – Thanks Swampy starting the rise

Did you know that over 105 000 Aussies find themselves homeless each night of the year. This year I have decided to do something about it and rise to the challenge of the Vinnies CEO sleepout. For more information or to make a donation

PROSTATE CANCER– The Pest Company supported a great charity on the 9th September raising over $1500.00.

“55 LEVELS” River to Rooftop 2016 is on Friday 9 September climbing the incredible One One One, Eagle Street, Brisbane CBD.,  Not only did we complete the stairs we got under 10 minutes making us Elite Athletes for at least that day anyway!!!

Great team building, and yes we enjoyed a couple of cold beers afterwards.

As part of this great leadership group of Men, FREE Fathers Day event was held in September 2015 at the Currumbin ECO Village Gold Coast QLD over 400 people attended . TPC100 The Pest Company supported this great FREE community event. We cant wait for the next one,

eptember 2015  – “IM IN” in the Aim of Raising support for the Still Birth Foundation” – THE EPIC – 87 KM Mountain Bike Adventure of “Pain” in the Hidden Valley 13th September 2015 – Gladly helping out the Still Birth Foundation in support for a Great Mate of mine’s Daughter – Evie David. “The pain for this ride is nothing compared to losing your own Child” In the Hope of Support I’m aiming to Raise $1000.

Thanks for doing your part to support Mate v Mate by sponsoring Michael Green.

Your gift on Mar 9, 2013 8:59 AM is greatly appreciated! An electronic tax receipt for your donation will be sent to you separately by email.

If you would like to join Michael in Mate v Mate click on the link below to register today!

Thanks again for your support!

It’s not about the winning,

It’s about the not losing

The Pest Company raised $1000.00 in the aid of Still Birth Foundation in for Evie David. We took on the Epic Bike Ride – 87km Mountain Bike Ride , O what a challenge – ( 9 hrs later , sore b… , but worth every minute. We created our ever day hero page and had our donations recorded on the Every Day Hero web site. Partners in crime Paul Upfield and Andy Savage – Thanks Boy for the massive support

Support ride on this one with my 12 month old , we made the 25km but only just.

In Conjunction with Juice FM Gold Coast Radio – The Pest Company donated their time and a vehicle to deliver Goods up to some of Queensland’s worst affected areas from Floods in 2011. Donation – 2010/2011

Charity donations we have supported

The Pest Company and TPC Property Services has Donoted towards –

A powerful earthquake of 7.0 magnitude struck southern Haiti on Tuesday 12 January, rocking the capital Port-au-Prince. Just 8 days later, a second earthquake measuring 6.1 magnitude hit the already devastated region. Reports indicate that casualties have reached up to 120,000 people, with the final figure expected to be much higher. A further 3 million have been affected. World Vision is providing relief to thousands of affected families, and plans to reach 634,000 people with emergency assistance.

The devastating Bush Fires that claimed hundreds of homes and lives. TPC has Donated towards Black Saturday.

Project 88 – The Pest Company donated their products and services to support the George Gregan Foundation.

Project 88 was successfully auctioned on Saturday 8 March 2008. The George Gregan Foundation thanks all involved for their significant contribution to this project. Funds generated from this project will be used by the George Gregan Foundation to continue building all access playgrounds for children’s hospital throughout Australia and to fund vital research position in the area of paediatric neurology.

Project 88 is Australia’s leading and most technologically advanced charity initiative bringing together Australia’s leading corporations to show their support for the George Gregan & Adam Scott Foundations. Project 88 will provide much needed funds for children less fortunate than our own. Through the generosity of Sanctuary Cove’s donation of a magnificent block of land, coupled with Qld Master Builders,Design and a host of industry providers, one of Australia’s most technologically advanced homes will be delivered for auction on 8 March 2008.
The proceeds from the auction will go towards the development of playground facilities to be housed at selected children’s Australia wide.

This is a fantastic event that continues to grow each year – congratulations to Noel and all the L.J Hooker team for putting together such a fantastic fundraising event.

This is a fantastic event that continues to grow each year – congratulations to Noel and all the L.J Hooker team for putting together such a fantastic fundraising event.

LJ Hooker Financial team the back bone of this charity day.

From Left to Right

LJ Hooker THE BEAR HIM SELF LJ Hooker Finance

Ray Cross Auctioning off a Souths Sydney Rugby League Jumper and a Building and Pest Inspection supplied by The Pest Company. The Pest Company Raising $920.00 for the charity.

The Pest Company are proud to be associated with such a great team who spent plenty of their own time and dug deep into their pockets to support a great charity.

On Thursday September 11, 2008 at 6 am 15 year old Jack Sinclair will set off with his dad, Brendon, on one of the great challenges of ultra endurance bike riding –4,500 kms in 30 days

Starting from Perth, Western Australia, the plan is to finish under the “Surfers Paradise” sign (below) located at the eastern end of Cavill Ave, Surfers Paradise on Friday 10 October 2008 at midday – 30 days later.

Justin Herald – Prosperity for a Purpose

The Pest Company have donated to Prosperity for a Purpose and are proud to support a great charity created by entrepreneur Justin Herald.

We would like to extend to you our gratitude for your generous assistance in the renovation project for Marshall Bamberry. As you are aware, Marshall was born early at 27 weeks following a very complicated pregnancy where it was expected that he would not survive. As a result of his extreme prematurity, he now has severe spastic diplegia cerebral palsy. Cerebral palsy is a generalised term meaning a brain injury. The type of cerebral palsy Marshall has means that he has differing tone that affects all four limbs. His legs are more affected by spasticity than his arms, though his arms do not have enough strength for him to operate a manual wheelchair.

Marshall uses a power wheelchair as his main mode of transport. He is an avid star wars fans and loves to play games with lightsabers with his brothers. He shares an interest in fast cars and bikes with his father and when he grows up, Marshall wants to be a motorbike rider.

Thanks to your generosity, a new open plan bathroom and ramps were installed to make his house and yard accessible to Marshall in his powerchair. The renovations have opened a whole new world to Marshall and enabled him to interact with his surroundings without assistance. He can now follow his brothers outside to play in the yard.

We were all extremely touched by your kind gesture. The Bamberry family and I appreciate the work that you do for people such as Marshall in the community. We have nothing but admiration for people like you who give unselfishly to make this world a little better each day.

Get A Quick Quote 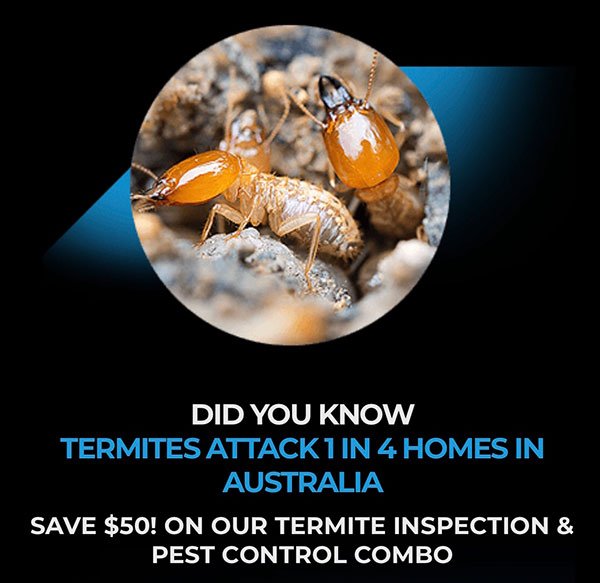